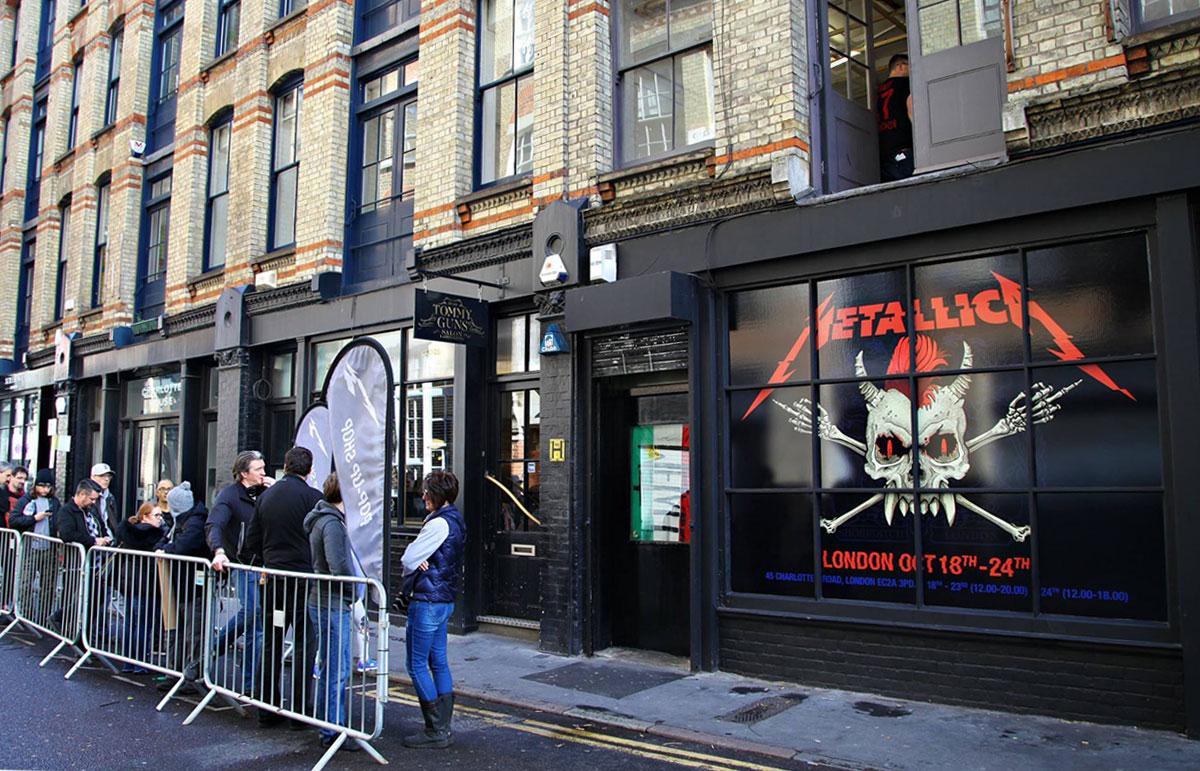 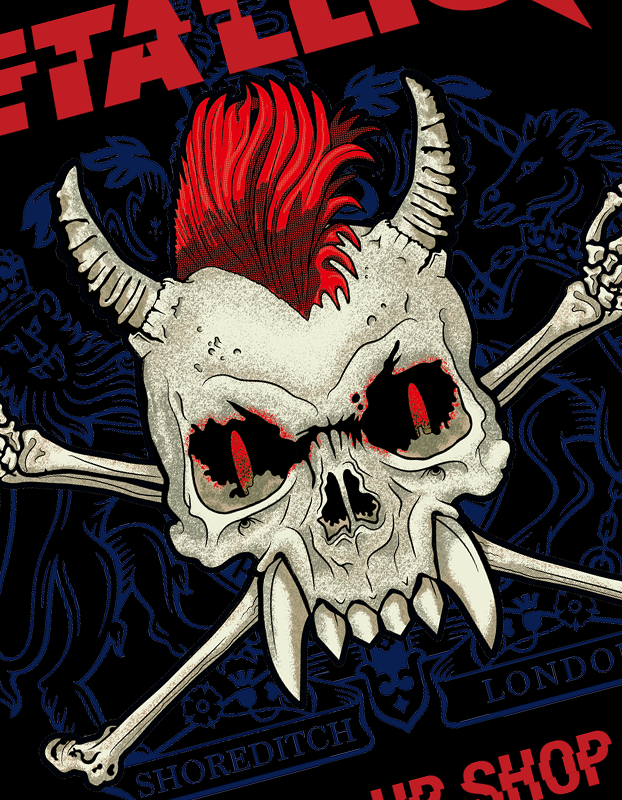 We’ve had a pretty awesome few months working on a whole host of merchandise items and full window signage for the mighty Metallica. They’ve been touring all over Europe, and opening pop-up shops in various cities along the way – Copenhagen, London, Bologna, & Stockholm. As well as illustrating new artwork for the pop-ups and tour, we have created various marketing banners/posters for their social media, as well as a rather extensive GDPR compliance newsletter campaign. Rock n’ Roll!

We recently had the pleasure of creating a new ...

It was around a year ago we decided to start using...

We recently completed this 1.2m wide print for a ...

The first run of 50 have arrived back from the ...

As a small design studio were a little unsure on ...

We had the great pleasure of working on branding ...

We have four new prints available in the studio. ...

We had initially planned to put gold in the boxes ...

We’ve been adding some gold foil to this A2 ...

Two of the new prints we have for sale in the ...